These are the coaches who are Building Better People here at CrossFit Algiers. No matter what shape you’re in today, our talented coaches will help you get to the next level. "Tough but fair" training is our hallmark, and you’ll leave every workout with these folks feeling sore - but awesome!

Missy is passionate about the health and fitness benefits of CrossFit, and it shows in every class she teaches. CrossFit challenges me mentally, physically and strategically. I always love tacking complex workouts in a strategic way, and helping our athletes understand the stimulus of the workout. My favorite workouts are chippers, where there are a lot of different movements, but once you complete all the reps of one movement you can move on to the next.

Missy is a native New Orleanian and grew up in Algiers playing soccer at PAC and attending Aurora Gardens Academy (ain't dere no more). Her favorite quote is "Yesterday's the past. Tomorrow's the future. But today is a gift. That's why it's called the present." 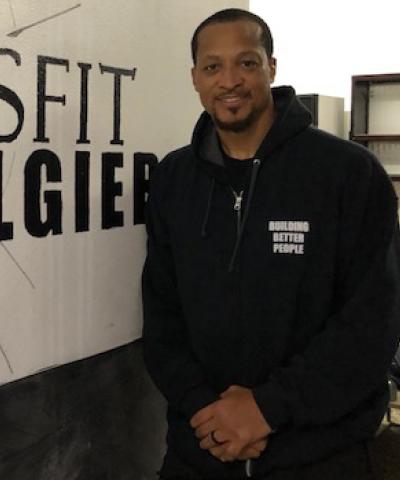 Ken has a diverse athletic background ranging from college track and basketball to training Marines tactical movements. He is passionate about mobility, motivation and coaching athletes of all skill levels ranging from 6 years old to 65. He loves seeing an athlete's joy when a movement is achieved, a goal is surpassed, or they are just happy to be in the gym working-out. The shared sense of community and hard work present an unmatched bond between a coach and the athlete.

Ken is here to help you achieve you fitness goals in a motivational, safe, community-based environment. 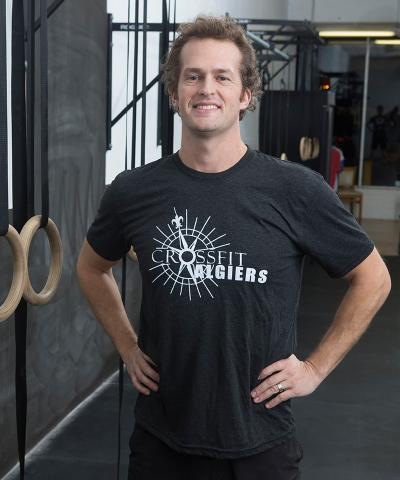 Eric specializes in Olympic lifts, but it’s the friendships he makes at the gym that are his favorite part of being a CrossFit Algiers coach. Eric played football, basketball and baseball in high school, but caught the CrossFit bug as an adult and instantly became addicted. 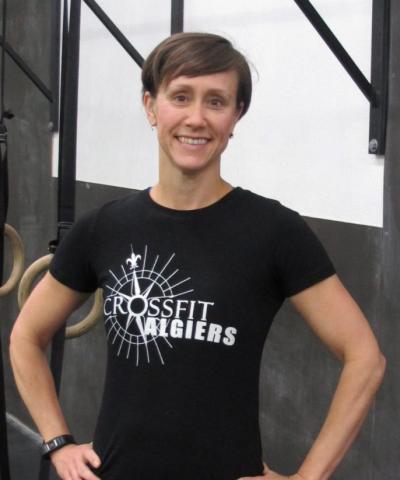 Coach Monique Bienvenu's favorite workouts are the ones that incorporate weight lifting, gymnastics, and metabolic conditioning. Monique loves how CrossFit is always varying the workouts so you are always challenged and never bored. But the biggest gift of CrossFit is not just fitness but the family you make at CrossFit Algiers.

As a kid and young adult, Monique played soccer and danced. In her more recent years, she started running and lifting weights. in 2015, CrossFit found her through a friend's recommendation and she fell in love with it. Becoming a coach has furthered that love. Her favorite quote is from Christopher Reeve, "Once you choose hope, anything is possible."

Rhonda was the “big boned” kid who became the out of shape adult. About ten years ago she decided to change her life for good and get rid of the excess weight. “I lost 94 pounds in one year and then I introduced exercise into my life to maintain my weight loss.” She’s completed 17 half marathons, 2 marathons and countless 5 and 10ks. Crossfit was the game changer! “Three years ago I walked in the doors of Crossfit Algiers and I haven’t looked back.”

Crossfit allows for everyone to become the athlete they never thought they could be. Coaching allows me to drive athletes to excellence...not perfection. I enjoy helping folks to understand that Crossfit meets you where you are and with hard work and perseverance you can run fast, lift heavy, and achieve success! 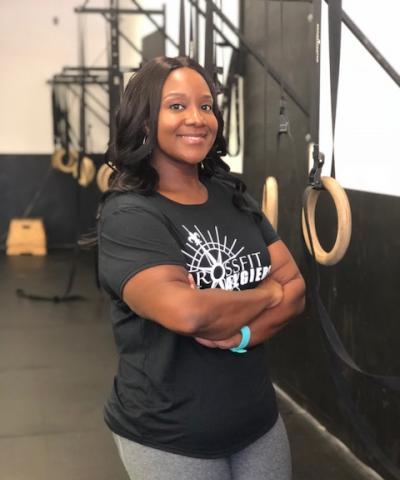 India started her fitness journey 7 years ago seeking better overall health and wellness.  “I was in my late 20s, tired and 300 pounds. My body was ready to give out on me any minute.” With a consistent exercise regimen and healthier way of eating, India has successfully lost over 110 pounds, half of which she owes to CrossFit. “The best thing I ever did was accept a friend request from CrossFit Algiers. It literally changed my life in ways I couldn’t imagine.”

CrossFit Algiers is more than just a gym, it’s a supportive community of coaches and athletes that invest in and care about each other. My mission as a coach is to give others what CrossFit has given me—the ability to believe that the impossible can become possible. 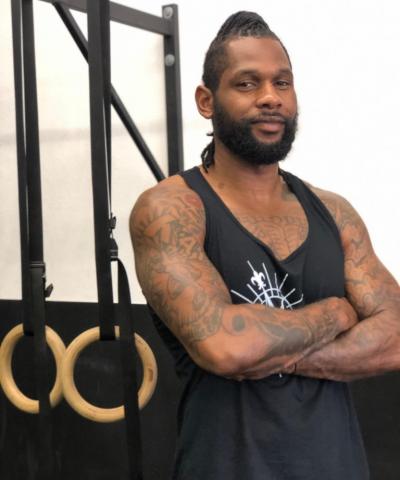 Brandon Scott is an L1 CrossFit trainer and an educator in Plaquemines Parish at Phoenix High School. Brandon has been CrossFitting for two years, but he is a lifelong athlete. Before training at CrossFit Algiers, Brandon was a 4 year college football athlete at Stephen F. Austin State Univeristy in Nacogdoches, Tx.

Before joining CrossFit Algiers, Brandon noticed a plateau in his fitness journey and was seeking something new and refreshing that would challenge him in new ways. After scrolling through Facebook ads, CrossFit Algiers appeared. He says, “Joining this community has not only been the best decision I’ve made, but CFA has shown me a new respect for fitness.” “The emphasis on proper technique, proper scaling, but even more important, the effective community building here at CFA is what pushes me to exhibit the characteristics needed as a coach to keep that ball rolling forward.” 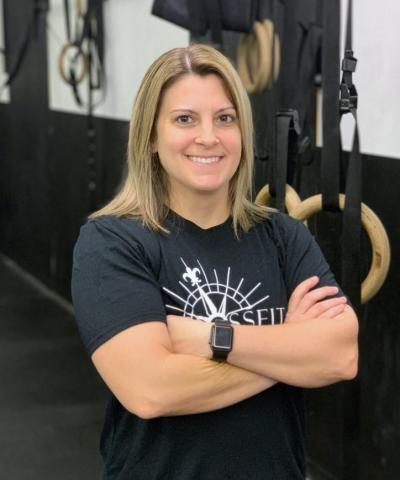 Jennifer Templet is an L1 CrossFit trainer and Precision Nutrition L1 coach. Jennifer has always had a passion for sports and fitness. She believes that everyone has an athlete inside them, it just needs to be unleashed!

Jennifer has been doing CrossFit since 2017. "My favorite part of CrossFit is that it challenges me," she says. "I like to be challenged and lifting weights in a gym just didn’t do it for me anymore. I got bored from always doing the the same types of routines. At CrossFit Algiers, the workouts are constantly changing and they challenge me both mentally and physically, and this may sound crazy but it’s fun! CrossFit Algiers is the best part of my day. It’s my 'me' time, and I want to be part of making sure it’s the best part of your day as well!"